The Hidden Costs Behind Your Fundraiser

It happened again last week. A nonprofit organization called to discuss their annual gala, describing how much money they want to raise while lamenting that they have no budget to hire a planner to assist them.

They’re married to this event, though, so who will they find to do the work, and does that appear in the event budget? If they don’t outsource, then they self-produce, which comes at a cost. And staffing costs are a line item expense, so if they aren’t even identified, then numbers are skewed and that precious number in the bottom line may be way off.

A board will scan that budget report to determine “success” by weighing revenues versus expenses. Therefore, it’s crucial to dig deeper to know what really goes into the cost of producing the fundraiser and what the real return is on all that staff time and money spent. (If the net is reduced, then it probably would’ve been better instead to save a ton in cash and resources by soliciting active “hot leads” and sign even one donor who could provide the funding the event hoped to generate).

Clearly the math only works if every expense is defined in the budget. So when a nonprofit says that they don’t have the money for an event planner, I always ask “who is organizing the event and are they doing it for free?”

Because they probably didn’t recognize one extremely important variable expense – their staff time.

For perspective, a large-scale fundraiser generally requires 500 to 1,500 hours of work to produce. The average full-time employee works 2,080 hours per year, so the event requires a minimum of 25% of one person’s time.

Suppose part of your job is event planning, and this fundraiser is one of your main responsibilities each year. That means 25% of your annual salary will be included in the “staff costs” in the event budget, showing how your time impacts the bottom line.

But since these events require more than one person can handle, there must be an estimate of the hours which other staff members are contributing. And perhaps your development team and the Executive Director also take part in the event planning and execution, so those hours must be included (by multiplying at the pay rates for those positions) in the line item. Staff costs are starting to add up….

While it may be easy to calculate the direct labor associated, an indirect cost that is not as easy to assess is the evaluation of lost revenue.

As an example, let’s say that your mission is devoted to counseling at-risk youth. As the big gala approaches and more help is needed, the grant writer and several counselors are recruited to assist. Again, the front-end cost may be easy to calculate, but what other costs have been incurred?

These hours are often overlooked and not easy to calculate, but they must be considered as part of the total expense to fairly and accurately determine the cost – and, ultimately, the success – of a gala or benefit.

Planning an event not only diverts resources, but also distracts leadership and staff from the organization’s mission. (Case in point: one of our clients produced their own fundraiser for fifteen years before they realized that event planning is not part of their mission, and it was eating up far too much staff time as a non-mission-oriented activity.)

It’s not uncommon that the decision is made to host a fundraiser and the staff members spend months on preparation and execution rather than their usual workload, much to the detriment of the NPO and their core reason for existence. Think of all the tasks on your programming or development list that may get neglected or fall off the radar because of the staff time spent on planning the event. This is certainly a cost; its value must be calculated and entered on the expense side of the ledger.

After evaluating the real numbers, the event may be deemed worth the investment, potentially resulting in corporate sponsorships and donations that are vital to nonprofit programming. Events may also open doors to help you meet more donors and spread the word about your mission, which can make these large-scale events great “friend-raisers.” If proceeds and benefits far outweigh the expense, then the fundraiser is a success.

But to know for sure, you’ll have to do the math. When you complete the budget-to-actual report following your event, it’ll show the hard costs (like the venue, food and beverage, AV, supplies, etc.), plus the value of staff time and any lost revenue from diverted resources.

Key takeaway: A good gauge is if the event is securing a two-to-one or three-to-one ratio. A successful fundraiser should net a minimum of $2 for every $1 spent, but $3 or $4 per $1 invested is ideal.

Now that the real expenses are known, was it worth it or did all those previously omitted staff costs ruin your returns? 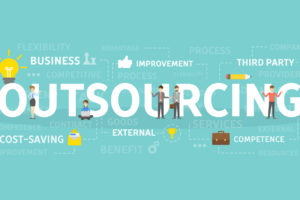 5 Reasons to Outsource Instead of Rely on Volunteers 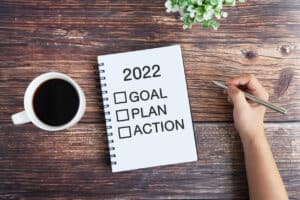 Word of the Year: Manifestation 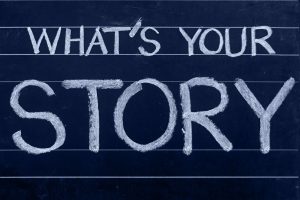