Time to Assess Your Year-End Campaigns

In the last quarter of what has been a very unpredictable year, everyone is fighting with full force towards their year-end campaigns. With a drastic change in the economy, this year has included more asks and more widespread campaigning from nonprofits, and funding sources, themselves, have to be as strategic as the askers. Though workloads have increased, sifting through donor lists and segmenting campaign asks – tasks which always seem to end up on the back burner as tedious and time-consuming – need to become your immediate goal. The development strategy needs to face three questions:

How many donor lists do you currently have?

How many times has each donor been asked for a gift this year?

What is the real fundraising gap you need to close by the yearend?

How many donor lists do you currently have?

It is an ongoing effort (read: battle) to clean donor lists and keep their information clearly organized and up-to-date. Every event and newsletter throws in more short lists and nuanced categories, lengthening the number of lists you have rather than the total donor list itself.

It’s important to review: What are your lists listing? Taking stock of which lists will be targeted in each of the year-end campaigns needs to start with identifying which lists are pertinent and which are taking up space.

The best starting point is: Do you have an up-to-date list with every single donor from the last five years? Once there is a comprehensive list, you can determine the other core lists you want to maintain, e.g. highest giving donors, Last-Year-But-Not-This-Year donors, inconsistent donors, etc. With a clear understanding of what lists you have to use, it can inform which campaigns target which donor group.

How many times has each donor been asked for a gift this year?

There is a critical issue of communicating with donors less and less frequently, losing the full context of the label “supporter.” In a perfect world, nonprofits can inform, include, and engage donors with multiple newsletters and updates and personal outreaches. That’s the dream. But as we have to move faster and more decisively, the non-ask communications fall off and donors end up only getting communications asking them to donate. The non-ask is as crucial to donor engagement as the ask. There shouldn’t be an assumption that you only talk to them to solicit a donation.

It’s important to review: How Many Times Have You Asked Versus Communicated? As objectively as possible, assess how many times a donor was contacted. It can be as minor as asking for updated information, or it can include the big ask at their usual time of year to give. Every interaction counts and therefore should be counted. A simple goal to reach for and measure is that for every ask, there is a non-ask; an equal number of both throughout the year.

The best starting point is: start with where you are on the calendar. Making sure you reach out to donors for any touchpoint is the best starting point. Will you send a Holiday card or email? Have you sent an unprompted thank you? Gratitude is the simplest starting point for connecting with people and does not require any ask, but acknowledges all the past times you have asked. Also, the more communications you perform can help your lists stay up-to-date on contact information.

What is the real fundraising gap you need to close by the yearend?

While this question is relevant to development strategy for budgeting and throughout the year, now it needs to be asked with the 2020 lens. What is the true number that the year-end campaigns are intended to raise. That information will direct your strategy.

It’s important to review: whether to segment or not to segment your lists. With the donor lists clear and collated, segmenting the lists is a way to possibly get the most relevant content to the right people to reach the established goals. If your donor base is small and reliable, there is less reason to segment that list into smaller groups. If you donor base is various and accrued over a long period of time, deciding which segments to target with which campaign will help your year-end goals.

The best starting point: Calendar Clean-up. Determine which campaigns your year-end will include by first highlighting your best resulting fundraising campaigns and your farthest-reaching campaigns. There is a harder justification in 2020 for using the same structure as in the past. Often towards the end of the year all the campaigns begin to snowball with Giving Tuesday, Holiday Giving Drives, Year-End Appeals, Annual campaigns, and others. Be selective about which actually serve your end goal.

There is no doubt that organizations have pivoted and strategized and have the intention to utilize their resources to the fullest extent until the very end. To keep businesses and organizations moving, 2020 has required every plan and process to be re-assessed and most likely re-invented, including donors and giving sources. As the holiday giving season approaches and campaign preparations begin, now is the time to assess the who, the what, and the how of your campaigns. 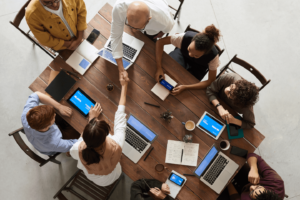 Board Nominating: A Better Way 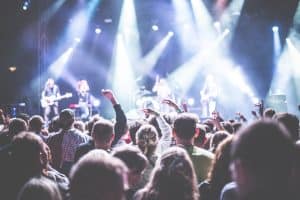 How to Secure Mega Sponsorships For Your Fundraising Event!

By: Chris Baylis President & CEO, The Sponsorship Collective Events can[...] 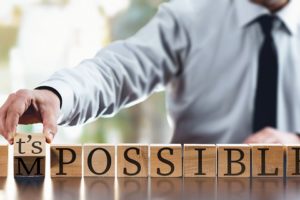 Real Progress Requires Intention: What Do You Want to Achieve in 2020 for Your Nonprofit?