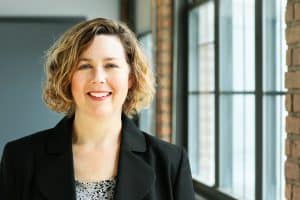 Nonprofit organizations are, by nature, heavily dependent on their Executive Directors, so when an ED resigns or has to be let go, the Board of Directors is often overwhelmed with the looming candidate search that is suddenly before them. In fact, many organizations come to a screeching halt because the Board doesn’t know how to function without an Executive Director.

But it doesn’t have to be that way. This month, we interviewed Kimberly Bares, President of PLACE Consulting, who has previously filled the role of Interim Director.

BBIG: How did you first become an interim Executive Director?
KB: I began in 2011 after announcing that I was stepping down from my position as Executive Director of a local non-profit business association. I was leaving to do consulting full-time and was approached by a Chamber of Commerce that had experienced a sudden departure and needed a person at the helm immediately.

BBIG: What was the biggest lesson you learned in that role?
KB: I learned how important and valuable interim work can be, and how it can contribute to creating a healthier organization for greater impact. In the role of interim, I can assess and address operational, governance, financial, cultural and structural issues that might be preventing an organization from realizing its full potential. An Interim also provides immediate leadership and a bridge between the Board and staff for communication, which often fails during a transition.

BBIG: How important is having an interim ED during transition of leadership?
KB: For some organizations, it’s the key to changing its trajectory from struggling to successful. For others, it’s a means of retaining continuity in operations and an opportunity to improve different facets of their work. For all organizations, it can be beneficial.

BBIG: What do you see is the biggest benefit of using an interim Director between Executive Directors?
KB: An Interim Executive Director has the freedom and security to be able to ask tough questions and raise questions that can be uncomfortable without the fear of losing their job, because they are interim and will not be jeopardizing their job security. For an Interim ED to be successful, there must be agreement that the Interim will not be seeking the permanent ED position and that the Interim’s role is to solve problems and improve the organization.

BBIG: What is your favorite part about serving as an interim Director?
KB: I love getting to know a new community, learning about innovative programs and meeting committed and passionate Board and staff members. It’s very rewarding to me to use what I’ve learned in the last 20 years as an Executive Director to help organizations increase their impact and effectiveness to enable them to do great things.

BBIG: What is the most common misconception about having in interim Director?
KB: I think people underestimate the amount of time and energy it can take to successfully recruit a qualified Executive Director, so they don’t think an Interim ED is crucial. They fail to realize that a search can take three months or more. During that time, programs, funding and morale can suffer tremendously. People also think an Interim ED is expensive; they don’t realize the cost of a leadership vacuum.

BBIG: Is there anything else that you think would be useful for nonprofits to know during times of transition?
KB: Have a transition plan and communicate it to your partners, staff, elected officials, funders and the community. If that plan or timeline changes, communicate that, too! Identify what areas of the organization’s work are critical and what areas can be put on hold, as you won’t be able to do everything during a transition that you were doing before. Use the transition time to reflect on what you want to see in your next leader, and be prepared to support her/him as s/he grows in the position. Transitions can be scary, but they can also be a time of transformative learning and growth. Take advantage of it! 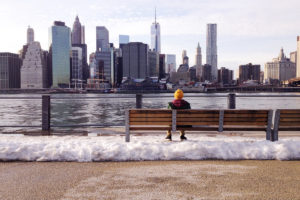 Spend Less. Do More. Your Guide to Effective Outsourcing

If You’re Feeling Hopeless of Late, Remember That Your Work Matters and You Do, Too