Seven Tips to a More Productive Year for Your Organization

Have you ever had a difficult time getting your committees to focus on the task at hand because they get easily distracted? Does it sometimes feel like every member of your Board is rowing in a different direction?

It happens unexpectedly and just when everything seems to be going well. Your organization stands to have an amazing year because the strategic planning has been completed, the team has become clear on the mission and maybe even rebranded the new vision of the organization. The energy is high and everyone is excited about the things to come.

Then fast forward six months and nothing has happened. The energy is deflating and nobody knows what went wrong.

After the strategic planning session, the Committee had properly focused on identifying the goals and objectives that would help the organization reach higher than before. The other Committees did the same thing. And then it began to unravel.

At a Committee meeting three months earlier, an enthusiastic member (let’s call him Tom) of the team had – (cue the angels singing) – an idea. Tom had such incredible passion and energy around his brainstorm that the whole Committee was wooed and suddenly the team is supercharged to act on this epiphany! The problem: Tom’s idea doesn’t tie into the goals of the Committee or even the mission of the organization.

At the next meeting, the group comes together and, because little action was taken regarding Tom’s suggestion, a new discussion starts and another Committee member (let’s call her Sally) presents an alternative idea. Having nothing better to offer, the Committee rallies around her proposal and suddenly the team is going to make Sally’s vision become a reality! The members all take an assignment and agree to meet again in a month to chart their progress.

Next meeting, half the Committee shows up and half does not. Of the half in attendance, only two people have done their homework so it is difficult to establish if the latest concept is feasible or not. After another hour of discussion, the project gets tabled until next month’s meeting when you can fully evaluate everyone’s collected information to vet Sally’s idea. The problem is that next month, the opposite half of the team is absent and the present group forgot what they were supposed to do. And so this Committee remains stalled.

Next thing you know a year goes by and you come together to evaluate and celebrate the progress that has been made on the goals set last year. Then it’s discovered that distractions have occurred similarly to other committees in one fashion or another and you realize (in shock and dismay) that there has been little, if any, progress made after twelve months!

Moving mountains isn’t easy; it requires very deliberate and intense focus. If you stop to pick every flower or explore every optional trail, you might never reach the top.

So if you want to achieve your goals, the number one most important step in the process is to remain focused on the organizational goals at every meeting – every Board meeting, every Committee meeting and every Member meeting. Sharing your goals will not only help you stay focused, but it will communicate your intention with others and magnetically draw them into helping you achieve progress.

Leadership needs to be prepared to politely table any idea that is not connected to the core mission of the organization and the current goals that the team is trying to accomplish. As much as the well-intentioned team members are trying to help, “shiny object syndrome” and “chasing squirrels” will lead an organization down far too many rabbit holes to make progress. So for the sake of your organization and the people you serve, make this the year to break the pattern.

To successfully make forward progress for your organization:

• Set three to five goals that you want to accomplish each year. One big initiative per committee generally works well.

• Help each Committee understand their role in contributing to the overarching goals and regularly monitor their progress. Volunteers and supporters like to know that they are contributing in a meaningful way.

• Build the team! It takes an army to achieve accomplishment so be sure to find a few strong folks, whether staff or volunteer, to assist you with reaching the goals of your organization.

• Work with dependable allies on the Board and each Committee who will reliably support and uphold your leadership in staying on course.

• Clearly communicate the goals with members via meetings, newsletters and social media. This helps you share the information with your supporters while also promoting to the outside world, allowing others to assist you in reaching your goals.

• Review progress toward the goals at every meeting throughout the year. As people start to feel the momentum shift during the course of the year, they will get more and more excited to be part of something that is working. In the long run, you will be more impactful to the population you serve while you gain long-term supporters who feel a sense of accomplishment and success within your nonprofit.

• And most importantly, remember: no matter how hard it is, any idea that is not directly related to accomplishing the group goals must be shelved so that it doesn’t interfere with your forward progress!

Cheers to a more productive year! 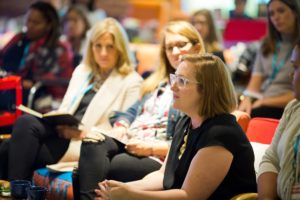 By: Tiana and Thomas Kubik Owners, TK Photography As photographers,[...] 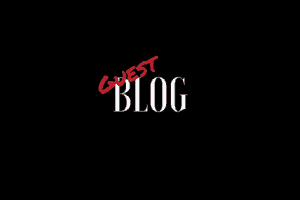 Making a Case for Strategic Planning 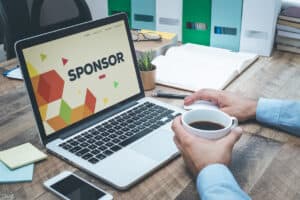 Should Sponsorships Include Membership Dues?