American flag waving with the Capitol Hill in the background

During an election year, people within your nonprofit may want to support political causes and candidates. What does this mean for your 501(c)(3) organization? To maintain tax-exempt status under the Internal Revenue Code, your organization cannot directly or indirectly participate in a political campaign to support or oppose a candidate for elected office.

This means your nonprofit cannot show political bias. You may not, in any way, indicate that the organization favors or opposes a candidate. Your organization cannot make political statements or endorsements in favor of one candidate or make contributions to a political campaign fund. All communications and activities need to be apolitical and nonpartisan.

While this seems straightforward, it’s likely that you will encounter some scenarios that bring up questions. To clarify things a bit, let’s talk about what a nonprofit can do to get involved during an election year without violating its 501(c)(3) status.

Your nonprofit has the opportunity to get involved with the election and public policy issues. The key? Be sure to do so in a nonpartisan manner. Here are three areas to consider:

Conducting or supporting voter education activities that encourage people to participate in the electoral process – such as voter registration or get-out-the-vote drives – are permitted as long as they’re not endorsing or opposing one candidate over another.

Your organization can invite candidates to speak at an event such as a public forum or debate, under specific circumstances:

If all candidates are invited and one candidate declines, it’s important to communicate that point in promotions and during speaker introductions. During the event, ask open-ended questions on broader issues to refrain from leading candidates to answers that clearly indicate how they align with your organization’s position.

Two important distinctions on this topic: 1. A candidate can speak as an individual, not as a candidate. The circumstances of the invitation and the content of the speech will determine if the activity is considered political campaign intervention. 2. A candidate may also attend or participate in a nonprofit event that is open to the public, but your organization cannot publicly acknowledge the candidate’s candidacy or the election.

Your organization can state its stance on public policy issues so long as it doesn’t favor or oppose a candidate. Be aware that you don’t have to mention a candidate by name to incur a violation: Photos of a candidate, references to a specific political party, or mention of distinguishing campaign features are considered to be evidence of intervention.

This can be a tricky area, especially when commenting on issues that are used to distinguish two opposing candidates. It’s risky to mention a specific candidate or to mention voting in the upcoming election, so if you provide information such as candidates’ political platforms or answers to questions on a specific topic, be sure to include all candidates and do not add any commentary from your organization.

Individuals within Your Organization

Nonprofit work is often tied to important issues of injustice, inequality, community, and public policy. That means the people who work to further your mission are likely passionate about certain political candidates and the impact they could have on the communities you serve. Leadership, staff, and even volunteers need to be aware of what they can and cannot do to make sure they don’t inadvertently endanger your organization’s charitable status.

So how can they get involved in political activities while maintaining nonpartisanship for your organization? The answer: a clear separation between personal and professional.

The IRS restriction does not limit individuals involved in your organization from expressing their political views, but it must be made clear that they are speaking as an individual and not on behalf of the organization. Any participation in partisan activities must happen during personal time and using personal resources.

Leadership may speak on issues of public policy but cannot share partisan views within your organization’s official publications or at official organization functions. Other publications, such as a local newspaper, may share a leader’s personal political endorsement and identify him or her as affiliated with your organization. This would typically not be a violation since the individual did not use organizational assets and did not state that they were speaking as a representative of your nonprofit. Ideally, the listing would include a note that the organization name is included for identification purposes only.

As a nonprofit leader, it’s a good idea to be explicit that the views you share are your personal opinion. For example, if you maintain a personal social media account but are known to be affiliated with the organization, you may consider updating your bio or “About” section to state that your views are your own. Distinguishing personal views from your nonprofit work is key to avoiding a violation.

For more detailed information, consult the IRS website. It outlines certain scenarios to help you further navigate what is and what is not permitted.

Here at Big Buzz Idea Group, we believe people are the lifeblood of nonprofit organizations. There is so much value in the unique experiences, ideas, and beliefs each person brings to the table – and that diversity enriches everything your nonprofit does. We encourage speaking up and supporting what you believe in. By maintaining nonpartisanship, your organization can continue to make an impact during this election year and beyond. 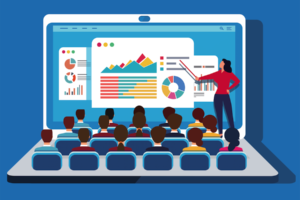 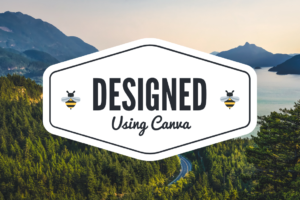 3 Reasons Why Your Organization Should Use Canva 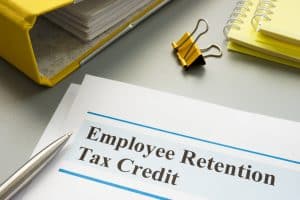 Are You Leaving Money On The Table?