Should Sponsorships Include Membership Dues?

It should go without saying that sponsorship can be a great tool for associations to increase revenue, but what goes into any well-planned program may vary widely depending on context. For example, sponsorship for a single event will likely look very different from an annual sponsorship.

There are many excellent resources on sponsorship across the web (including these articles from the Big Buzz Idea Group blog). However, one point that doesn’t seem to get much attention is the touchy subject of whether to include membership dues in your sponsorship packages. This is a glaring omission – maybe because it creates such a controversy when the dilemma arises – and it needs to be addressed. Challenge accepted!

For our purposes, we’ll frame the discussion around annual sponsor programs. (While it’s certainly common for an event to include a “one-year membership” among the benefits of sponsorship, our focus is on annual funding — different from a “free” membership being floated as a perk to solicit sponsors for an event.)

For most associations, a sponsorship program exists specifically to raise non-dues revenue. But if you’ve ever had a conversation with an annual sponsor who just cut a $5,000 check and then received a $350 invoice for dues, it’s possible that wasn’t the most pleasant phone call you took that week. After all, their company just made a major investment in your organization and now you want more?

It’s easy to see how your benefactors could feel taken advantage of, and that’s definitely a situation you want to avoid.

One of the first places to start is looking at how an association structures their dues and their memberships. There are generally two ways membership is offered, either as an individual or as a business entity.

Individual membership means a person becomes a member as their individual self, and memberships are typically a flat rate. Simple.

Corporate membership – where a business entity becomes an association member – can be a bit more complex. A corporate membership typically allows a set number of individuals to represent the business “member,” and dues can be structured in several ways, the most common being employee-count (sometimes called Fair Share model) and tiered.

In the Fair Share model, the dues amount is based on the number of people that work at the member businesses. For example, a business with 75 employees pays more to be a member than a business with 10 employees. The concept is based on the idea that the larger company should justly contribute a bigger expense for membership. In this membership model, all members typically receive the same benefits regardless of business size and their cost to join.

In a tiered membership structure, the association offers a series of packages that contain varying levels of benefits. Inclusions in a lower membership tier may include a website business directory listing, whereas a higher tier may include an advertisement on the association’s homepage. It’s common to offer the largest investors things like advertisements, event sponsorship and tickets for event participation. Tiered dues structures often look like and include benefit packages that other associations would use as annual sponsorship.

One of the key benefits of the tiered dues structure is that businesses select a membership benefits package that suits their goals. Larger packages will cost more but are available to all businesses that want to secure that level of membership. After all, why should a smaller employee-count business not be allowed to invest in the same $10,000 membership package if they want to receive the same benefits as a larger company?

Now that we’ve covered types of memberships and typical dues structures, let’s get back to the question: should an association include membership dues in its sponsorship packages?

For the association that offers tiered dues structures, sponsorship opportunities are frequently limited to single events which, as noted above, negates this discussion point. It would be uncommon and unlikely that an association would include membership dues in a single event sponsorship.

For associations that offer membership to individuals or businesses by employee-count, the question remains. Let’s examine a few pros and cons of including membership dues in your sponsorship packages:

-It takes away from membership revenue money that may otherwise be there
-It may seem unfair to members that didn’t become sponsors, or became sponsors later and thus paid dues and sponsorship fees

Any way you frame the question about including membership dues in your sponsorship packages, clear communication is essential between the association and sponsors about the role of dues. Setting and managing expectations about the role of dues payment and how it aligns with your sponsorship program is necessary for the longevity of any healthy sponsor relationship. After all, there is a distinction between member dues (and the benefits that a member “purchases” with this fee) and sponsorship (and the corresponding yearlong benefits that the partner receives in exchange for this funding).

There is no one-size-fits-all answer to the question of whether to include membership dues in your sponsorship packages. The answer that’s best for your organization will likely come down to the association’s goals, its sponsor’s goals and how to best align those to create a win-win for everyone. 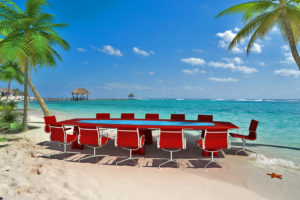 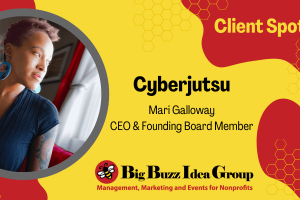 Name/Title: Mari Galloway, CEO & Founding Board Member What is[...] 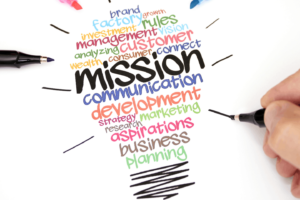 Keep Your Mission in Mind to Maximize Results