Melissa  created Big Buzz Idea Group in November 2004 so Chicagoland nonprofits would have an honest outsourcing partner to bring their largest projects to life. After raising more than $6 million dollars for clients through successful events, Melissa expanded the company services to provide management, marketing, event and consulting services for nonprofits and associations so that charitable organizations can run more effectively and create a greater impact.

With 32 years of corporate and nonprofit experience, she has launched and executed large fundraisers, conceived several innovative and lucrative new programs, coordinated a variety of dinners/awards functions and organized numerous conferences/workshops. Her largest project to date is Ribfest Chicago, where she was responsible for every facet of the event including festival promotion, sponsorship development, entertainment booking and vendor management. Having begun with 5,000 attendees, the event grew to 70,000 people annually and was featured on Food Network’s “Eating America” with Anthony Anderson.

Melissa is a member and serves as the Executive Director of the National Association of Women Business Owners (NAWBO) Chicago Area Chapter. Awards and accomplishments include the Woman of Influence by The Chicago Business Journal; the NAWBO Chicago Presidential Award of Excellence; Goldman Sachs 10,000 Small Businesses Graduate; Enterprising Women of the Year by Enterprising Women Magazine; and Influential Women in Business Award by the Daily Herald Business Ledger.

Melissa graduated from Ohio University with a Bachelor of Science in Journalism. Her program emphasis was public relations and event planning. 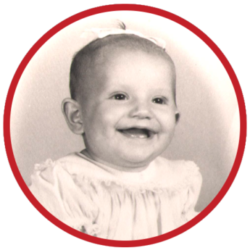