Brad Ball joined the Big Buzz Idea Group staff in 2016 but he worked with the company as a client and volunteer since 2006. His background and interests are in nonprofit operations and management. He received a bachelor of arts from Western Michigan University in 2004 where he studied public relations, journalism and nonprofit management.

Previously he served as Executive Director of the Cary-Grove Area Chamber of Commerce in McHenry County, Illinois. There he worked with Big Buzz Idea Group to launch a new community event, Cary Main Street Fest. Before that he served as Associate Director of the Northcenter Chamber of Commerce in Chicago where he was deeply involved with Big Buzz team in planning and growing Ribfest Chicago. He lives in Woodstock, Illinois with his wife and three sons. 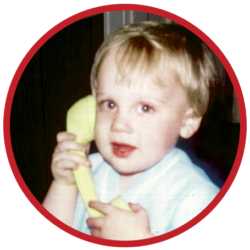 Spark the growth and power of your organization. Schedule your FREE consultation today. Power up!